Salad processing as a success factor: a Mexican wholesaler goes into processing

Given the strongly growing demand for cut, ready-to-eat salads in Mexican supermarkets, a salad wholesaler recently decided to join the fresh-cut sector. This was certainly a successful decision: even before going into operation, its new processing line already had plenty to do for several weeks thanks to the multitude of orders already received. The line is now up and running and is able to reliably process up to 700 kilograms of lettuce leaves per hour. Planning for an extension is already underway. 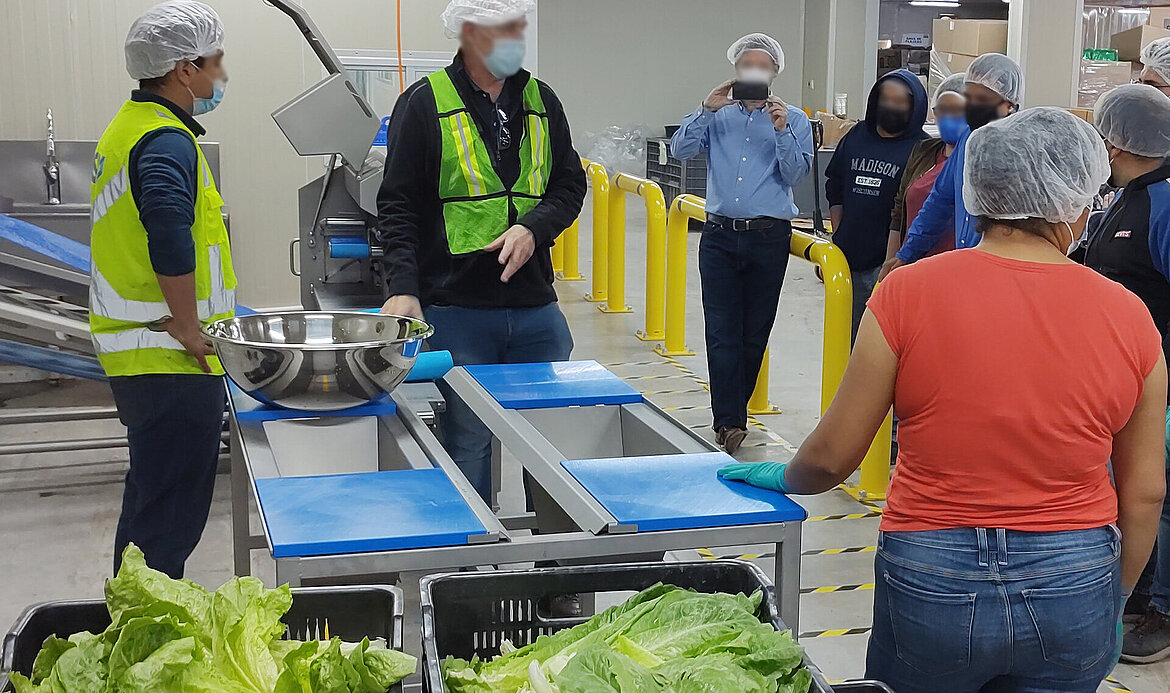 The company, which is based in the Queretaro region, is a major salad supplier for many large supermarkets throughout Mexico. Up until now, the customer focused on trading, meaning that its only processing activities involved packaging entire heads of lettuce to be sold in supermarkets. As the demand for ready-to-eat, namely cut and washed, salads, continued to grow over the past few years, the company decided to establish/set up its own sales processing department. During the entire planning process, the customer was supported by KRONEN’s Export Manager, Juan Lindmayer, and José Antonio Martinez, Sales Manager of the KRONEN representation ISP Latinoamérica, with his team.

The salad processing line covers all stages of processing, from preparation at the trimming table to cutting into strips and squares with the GS 10-2 belt cutting machine and gentle yet thorough washing in a GEWA 3800 V ECO washing machine and right through to spinning the lettuce in two KS-100 PLUS spin-dryers, as well as finally packaging the salads with the UP 350 packaging machine from the KRONEN partner GKS.

The commissioning of the processing line was supported on located by Alejandro Nowak, the KRONEN technician in Latin America, and the KRONEN representation ISP Latinoamérica. As a result, the company was able to successfully begin its production activities and fulfill the multitude of orders already received before the start of production.

A further spin-dryer has already been added to the line to add spinach to the company’s product range – and thanks to its extremely successful entry into the fresh-cut sector, the company is already working in cooperation with the KRONEN representation to plan an expansion of its production capacities. 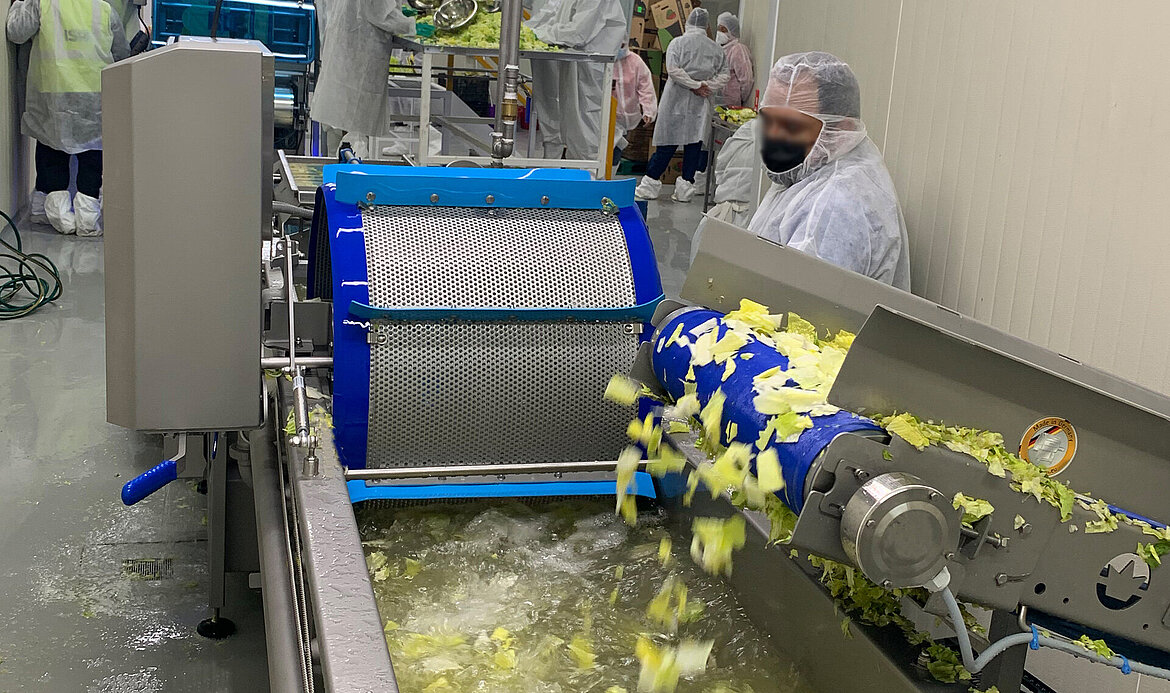