User Report: Foodbank produces thousands of meals a day for those in need

Foodlink from the USA uses cutting machines and a hygienization system from KRONEN to process ingredients: Foodlink, a food bank in New York State, produces over 5,000 healthy meals a day to feed those in need in the Rochester community, and also supplies schools and day cares, and their own Community Café. 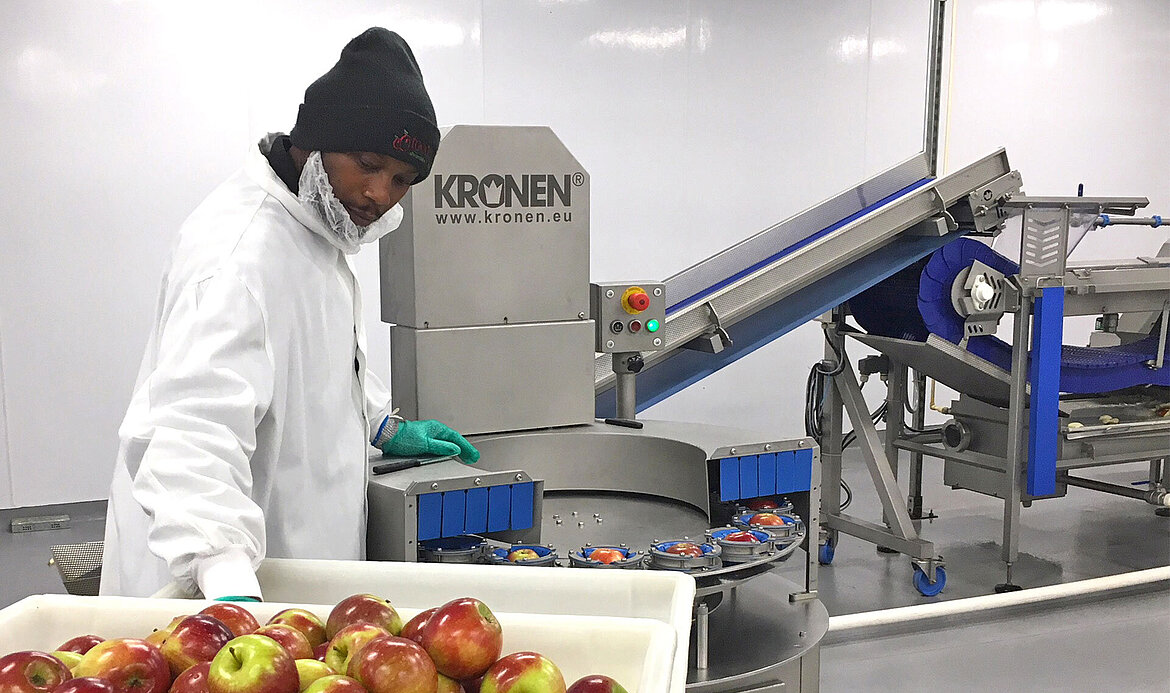 In doing so, the company uses local produce and surplus food to have a positive impact on local communities and the environment. The ingredients for these meals are processed with KRONEN machines: from coring, cutting and hygienizing apples, to cutting vegetables and making "Pulled Meat".

The collaboration between Foodlink and KRONEN Corp, the KRONEN subsidiary in the U.S. based in Madison, Wisconsin, began several years ago with the use of two HGW manual grid cutters to process apples offered as apple wedges in schools. Then, for a new 28,000-square-foot community kitchen built in 2016, a more efficient line for fresh-cut apples was needed to meet demand. KRONEN Corp. helped Foodlink design a space-saving system that increased production to a capacity of 1,200 apples per hour and minimized labor costs. Since then, production capacity and machinery have continued to expand.