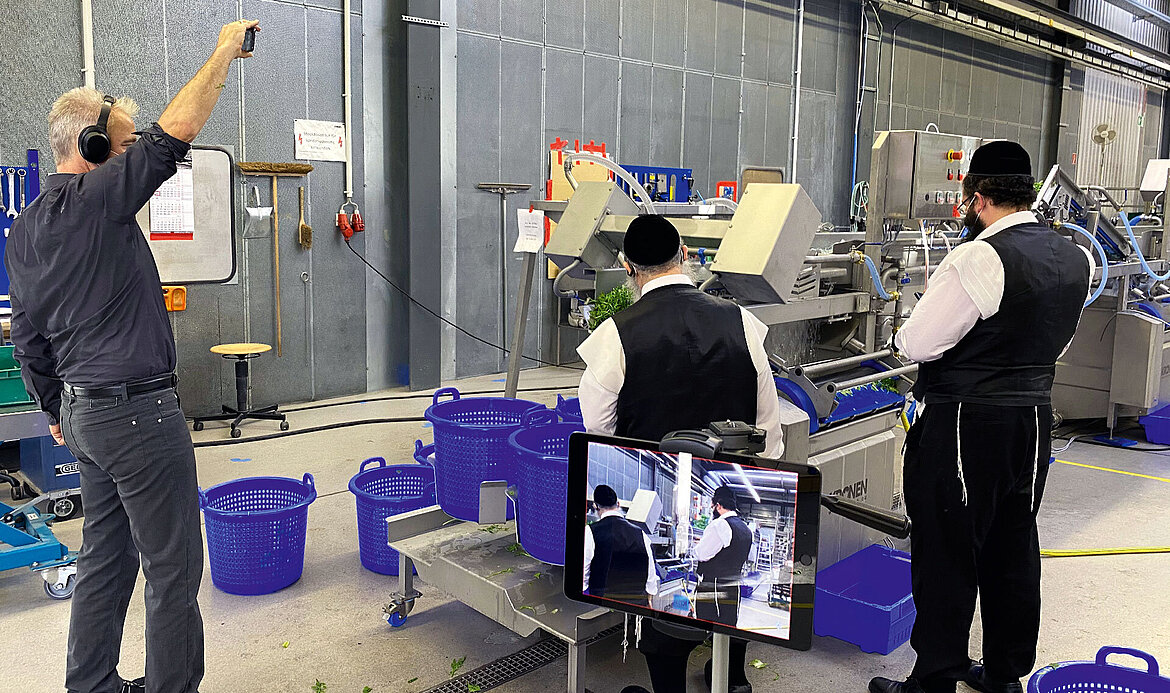 The KRONEN team demonstrated the functionality and operation of the machines of the production line. The line includes a GS 10-2 belt cutting machine with belt extension, combined with a 4-person trimming table, three GEWA 3800 PLUS specially adapted for kosher washing, two KS-100 PLUS vegetable and salad spin-dryers and a UP 350 Servo packaging machine with 14 -head scale incl. infeed conveyor, platform, outfeed conveyor and turntable. With the production line, kale and romaine lettuce are cut, washed, spin-dried and packaged, and rocket and spinach are washed, spin-dried and packaged kitchen-ready.

As part of the product inspection, tests were carried out with all four products that will be processed by the customer. The rabbis present checked the raw materials before and after washing to ensure that the washing result meets the requirements of kosher production. After these tests, the production line was accepted by the customer and is now being delivered by KRONEN. Through the virtual attendance of the employees of the North American customer, they were able to be informed extensively about the function and operation and to see the tests and check of compliance with the requirements for kosher washing live. Both the customer and the KRONEN representatives were very satisfied with the way the appointment went, and thanks to the KRONEN team's steadily growing experience with the use of digital formats, details on the function and operation could also be conveyed via video without any problems.