11.02.2021 - Reporte de prensa
Business Report in the Corona Year 2020
KRONEN Nahrungsmitteltechnik looks back on an eventful year 2020, increases the vertical range of manufacture with the takeover and uses the year for the ISO 9001 certification 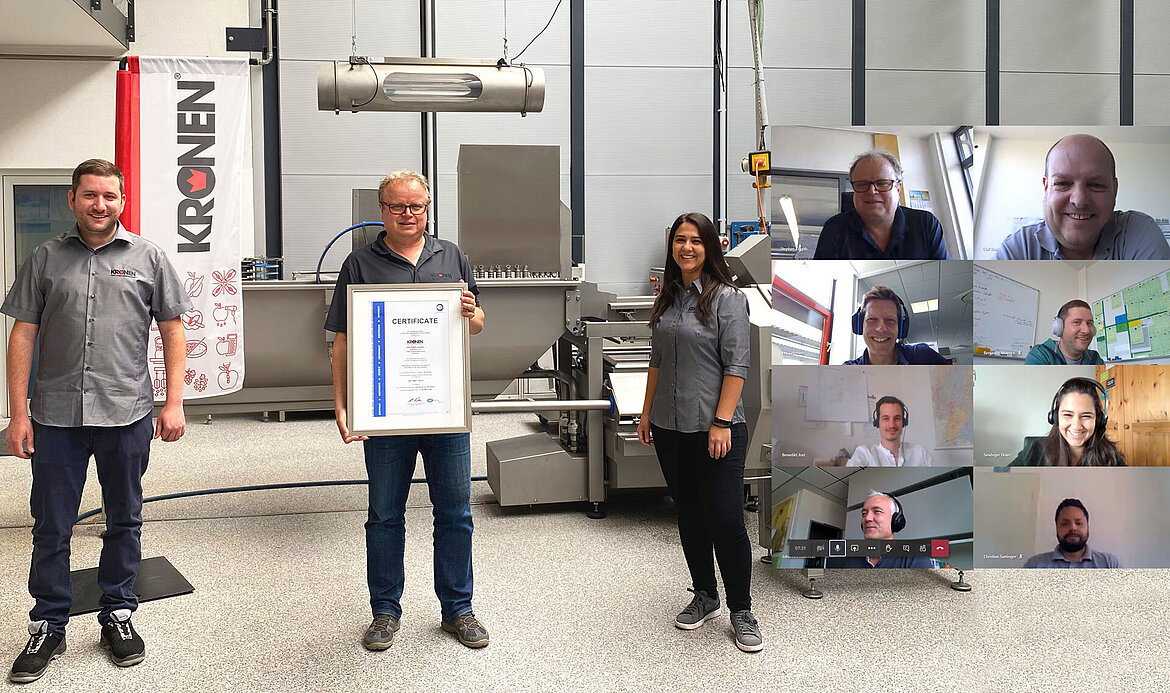 The past year began very promisingly with the well-attended, annual Fruit Logistica trade fair, even if it was already evident that only a few Asian visitors came to Berlin due to starting travel restrictions. Thereafter, the impact of the pandemic was also reflected in a decline in incoming orders and sales at KRONEN. From May, short-time work had to be introduced in some departments, which then continued for most of the year.

Despite the challenges that arose, KRONEN was internationally successful with its established sales partner network and delivered machines and process systems to customers around the world. Product inspections were held for the first time via video conference or as a hybrid events, mixing on-site tests and video calls as e.g. for the inspection of a washing line for the production of kosher food for a North American customer. For this purpose, two rabbis were present at KRONEN and several employees of the customer and the KRONEN representatives from North America and Israel were attending via video call.

With the integration of the turned and milled parts manufacturer WS Edelstahltechnik as a KRONEN division on April 1, 2020, KRONEN is well positioned for further corporate success with an expanded vertical range of manufacture. All employees at the Achern location have been taken over, which increases the number of employees in the KRONEN Group to over 120. The past months were used to introduce and implement the necessary restructuring and the Kaizen and Lean structures already established at KRONEN in Kehl.

A strategically important project was successfully implemented in the first half of the year: the certification of KRONEN's quality management system (QMS) according to ISO 9001: 2015. The KRONEN team achieved certification without using external consulting companies. In 2021, the QMS in the WS Edelstahltechnik division is also to be certified.

With sales of 15.0 million euros, KRONEN recorded a, in sectoral comparison, moderate decline compared to the previous year for the 2020 financial year. The annual result is still positive due to effective cost management, including reduced participation in trade fairs and fewer business trips. Through various measures, the increase in productivity and efficiency could be kept constant, which allowed that the employees received the full vacation and Christmas bonus in 2020.

KRONEN customers were affected differently by the effects of the pandemic. Companies that supply the catering and communal catering in schools, canteens and company canteens had to contend with a sharp decline in sales. Customers who serve supermarkets, delivery services and regional supply chains as well as the organic sector, on the other hand, were able to benefit from increasing consumer demand for kitchen-ready salads, vegetables and fruit as well as frozen and convenience products and increased their sales.

As a result of this trend, KRONEN already benefits from higher demand in the new year, so that two new employees were hired in production at the beginning of the year and more vacancies are to be filled.

2020 also changed the working world of many KRONEN employees: since the technical prerequisites were created in spring, many employees who are allowed to do so have been working from home. The team mastered the related challenges together and got to know new ways for professional and personal exchange.

The KRONEN Sales Meeting, which took place in autumn, was also held online. Employees from KRONEN representations around the world took part in the virtual specialist lectures, technical training courses and the exchange of experiences via digital channels. KRONEN continues to see itself as a partner to its customers, sales partners, suppliers and employees.

In total, KRONEN now employs over 120 people. 10 of these employees celebrated an anniversary in 2020, including a member of the management board: Johannes Günther can look back on 20 years in the KRONEN family. In the end-of-year review, which this time was distributed in the form of a printed brochure, the management thanked the entire workforce and expressed their special thanks and appreciation to the long-term employees for their loyalty and ongoing commitment: 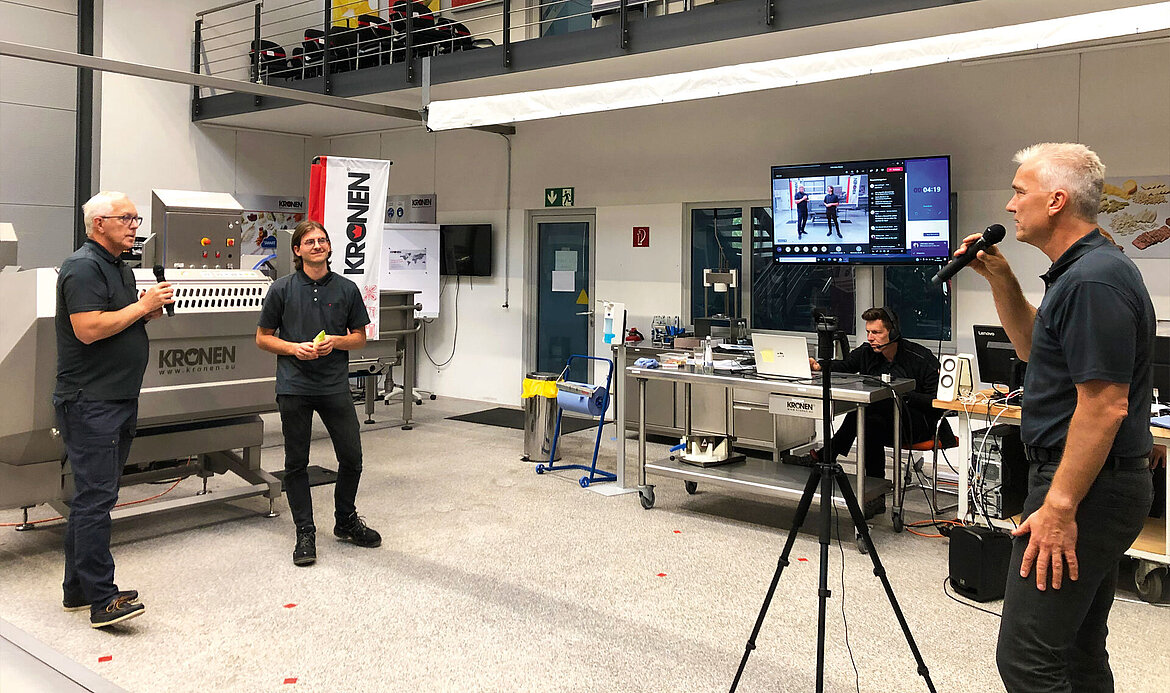